The Blog of Martineau & Mindicanu 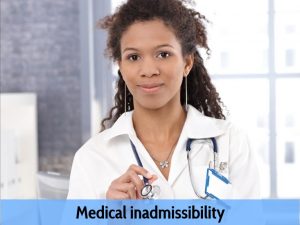 As part of the Canadian immigration process, an important step is the medical examination. This is a requirement for all applications for permanent residence. In the case of temporary residence (work and study permits, as well as visitors for more than 6 months), it applies for citizens and residents of certain countries only. If the candidate or his family member, whether accompanying or not, is determined inadmissible for medical reasons, the application is refused.

Reasons for refusal on health grounds
If the person’s condition:

The medical examination procedure
There are several tests performed by the doctor: blood, urine, vision, X-Ray, general. More details about who needs to pass a medical exam, when and what it implies in this article.
Where can the examination be performed
Only designated doctors (called Panel Physicians) are entitled to perform these tests. For a full list of the doctors in your area see this link.
What is the doctor looking for when examining a patient for immigration purposes?
The purpose is to determine if the candidate is not a risk to the Canadian society nor may represent excessive costs for the health and social system.
According to the Regulations, before concluding whether a foreign national’s health condition is likely to be a danger to public health or public safety, a medical officer who is assessing the foreign national’s health condition shall consider any report made by a health practitioner or medical laboratory with respect to the foreign national, and:

Unlike excessive demand cases, the wealth of the foreign national is not a relevant factor for the visa/immigration officer to consider when the foreign national has a health condition that likely to cause a danger to public health or public safety:
If however the medical issue of the patient does not represent a danger to the Canadian society but would cost the government a lot of money, the wealth of the person may be taken into consideration. However, many court decisions have stated that the desire and capacity to pay for the costs of a medical condition is not sufficient, when health and social services would be available once in Canada.
The law defines “excessive demand” as:

Health services  refer to any health services for which the majority of funds are contributed by governments, including the services of family physicians, medical specialists, nurses, chiropractors and physiotherapists, laboratory services and the supply of pharmaceutical or hospital care.
Social services refer to services such as home care, specialized residence and residential services, special education services, social and vocational rehabilitation services, personal support services and the provision of devices related to those services
The cost threshold is determined by multiplying the per capita cost of Canadian health and social services by the number of years used in the medical assessment for the individual applicant. This cost threshold is updated every year.
Effective December 1, 2014, the updated cost threshold is $6,387 per year. This figure is usually multiplied by five (unless the anticipated length of stay is shorter than five years or there is evidence that significant costs are likely to be incurred beyond that period, in which case the period is no more than 10 consecutive years). This results in the legislated threshold of $31,935.
In conclusion, the medical condition could be a medical inadmissibility ground if it represents a danger to the society or a a financial burden for the government. Upon the medical examination, be sure to explain your situation to the doctor and present any necessary proofs in order to help him make a well documented medical opinion.
If you or a family member have a medical condition, we strongly recommend to seek legal advice, in order to determine what possible legal defense you may present to prevent your condition to result in your inadmissibility to Canada.

Below is a chart that represents the steps taken by the doctor and the government upon determining a medical issue. 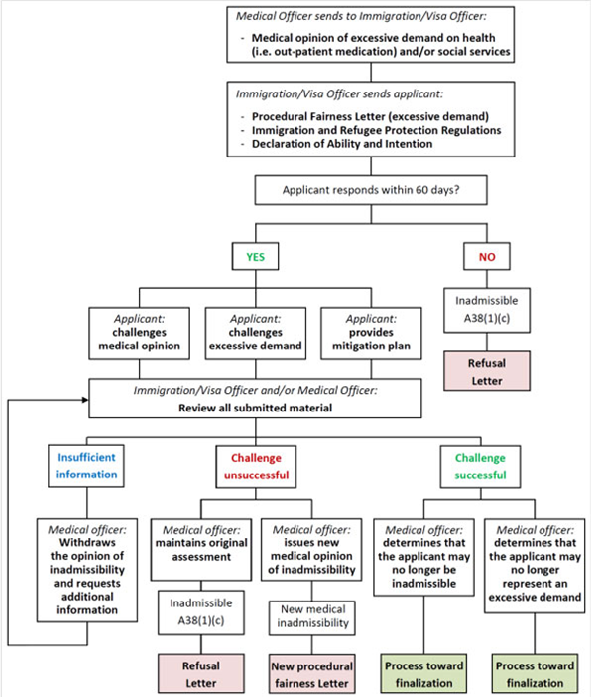 towards any Canadian province, wherever you are in the world!

We provide immigration counsel in English, French and Spanish,

and we speak the universal language of passion and dedication.

If you enjoyed this article, please consider sharing it!

Our Testimonials on Google

Felix Reynoso
5 out of 5 stars
about 1 year ago
We are very pleased with the service received from all the staff from Martineau & Mindicanu. My wife Joselyn and I are trully greatfull for your support during the process. Thank you Yves, Mariel and Rosa for everything. Kind regards Joselyn, Felix, Yvonne and Franco.